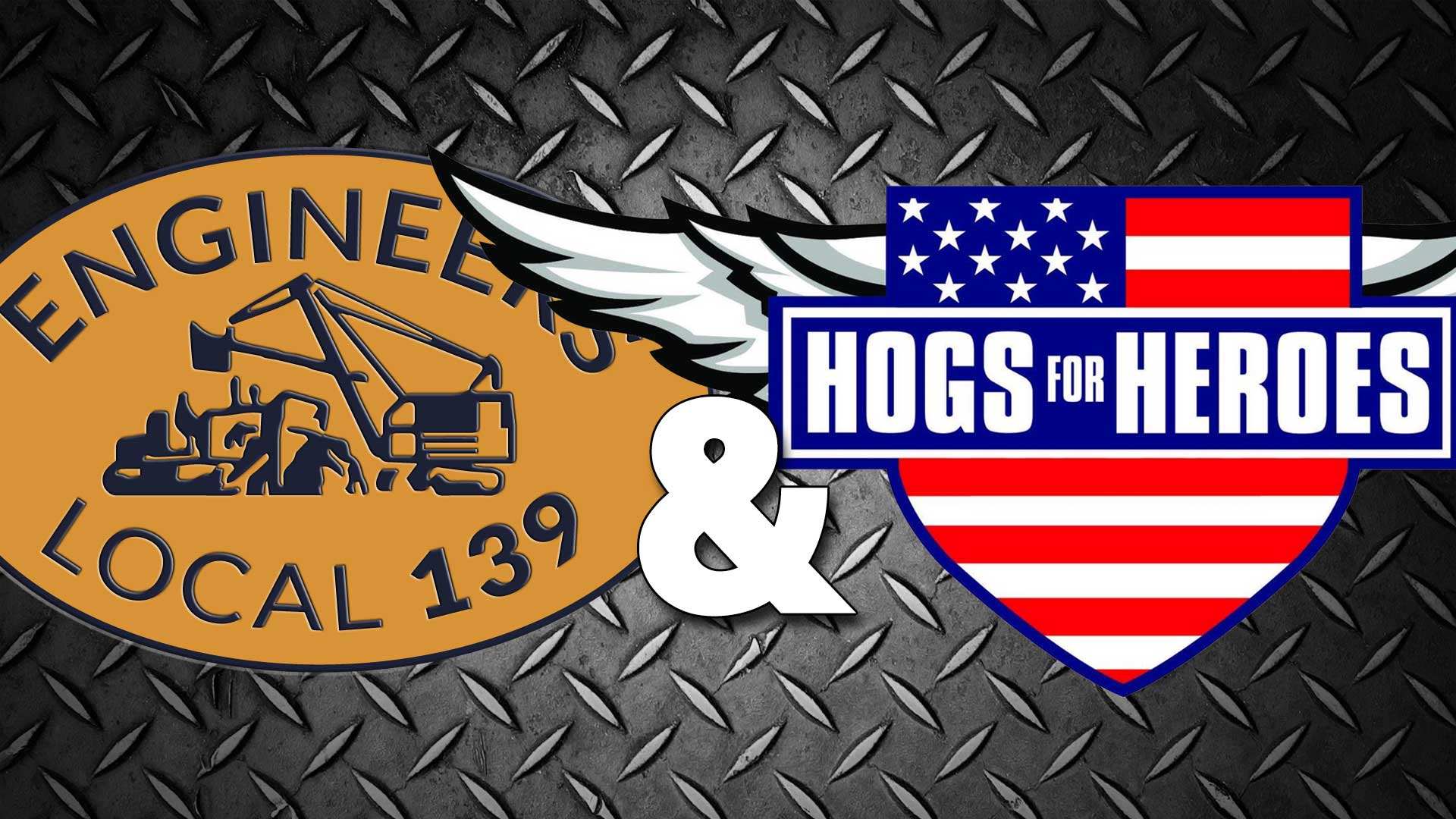 As part of its ongoing commitment to actively support those who have served our nation, Operating Engineers Local 139 is proud to announce a $7,000 donation to Hogs for Heroes Inc. The money will go toward purchasing a Harley-Davidson motorcycle for an injured Veteran rider from Wisconsin.

The Operators raised the money through a raffle conducted June 18 at Local 139’s Fourth Annual Golf Outing held at the Waushara Country Club in Wautoma. More than 80 businesses primarily from Waushara County contributed to the success of the event, said Operating Engineers President/Business Manager Terry McGowan. “The Operating Engineers have supported Wisconsin Veterans for years through programs such as Helmets to Hardhats and Combat 2 Construction,” he said. “These are aimed at training Veterans to operate heavy construction equipment and to help place them in skilled career positions with state contractors.

“While we continue to aggressively recruit Veterans into our apprenticeship program, more recently we have expanded our work to improve the quality of life of Veterans in other ways, particularly those who have sustained physical or emotional trauma through their military service.

“For example, this spring a group of mostly Veterans who also are Local 139 members, built a handicapped-accessible nature trail for use by other Vets at Camp American Legion outside Lake Tomahawk. Now, because of our donation, Hogs for Heroes can gift a Harley to an injured Veteran in need of what is generally recognized as ‘therapy of the road.’ ”

In acknowledging the Operating Engineers’ donation, Hogs for Heroes President Kevin Thompson noted a long-standing tie between the U.S. military, its service members, and the benefits of riding. “We believe the freedom of the open road, the pride in ownership, and the collegiality of riders can provide therapeutic value to those Veterans who have long enjoyed the passion for riding and now find themselves without means or ability to do so,” Thompson said.

“It is our hope that in awarding a new Harley we not only make the rough road a little smoother for a returning hero, but that we also convey a collective message of gratitude from our donors for their service contributions and sacrifices made while protecting our country and freedoms.”

Established in 1902, Operating Engineers Local 139 is a statewide Wisconsin trade union that primarily represents skilled Operators of heavy construction equipment and mechanics who service the machines. The union has approximately 9,300 active and retired members and is headquartered in Pewaukee. Local 139 also maintains district offices in Madison, Appleton and Altoona, as well as a state-certified training school for Operating Engineers in Coloma. 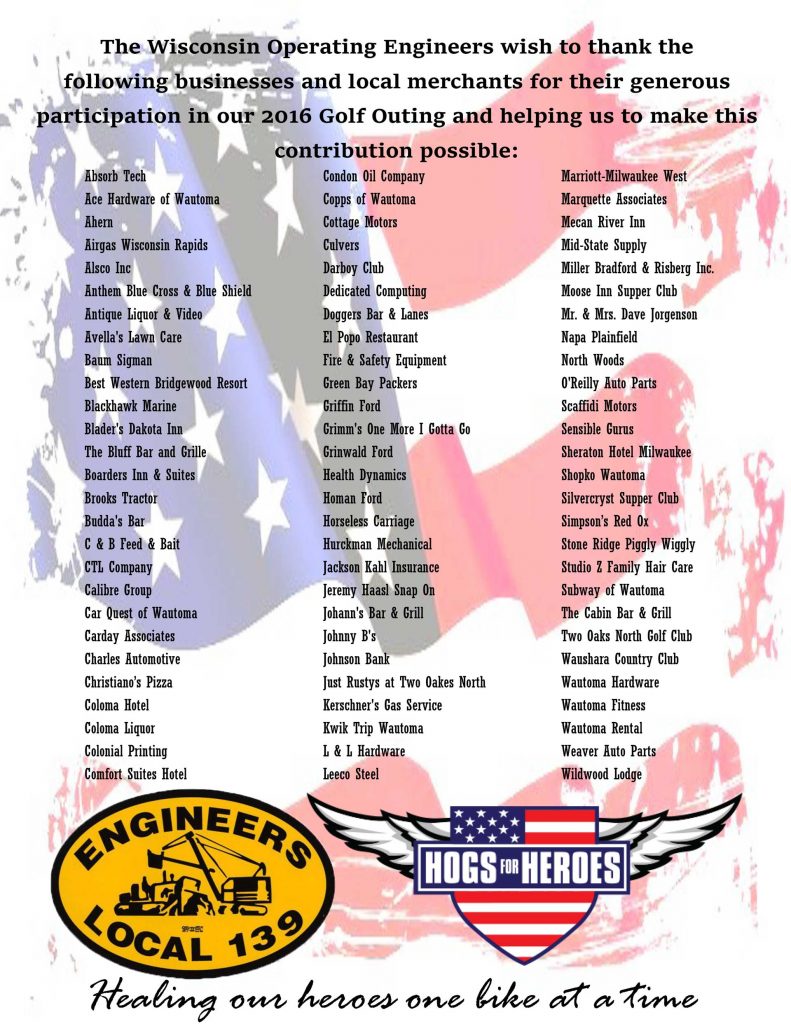