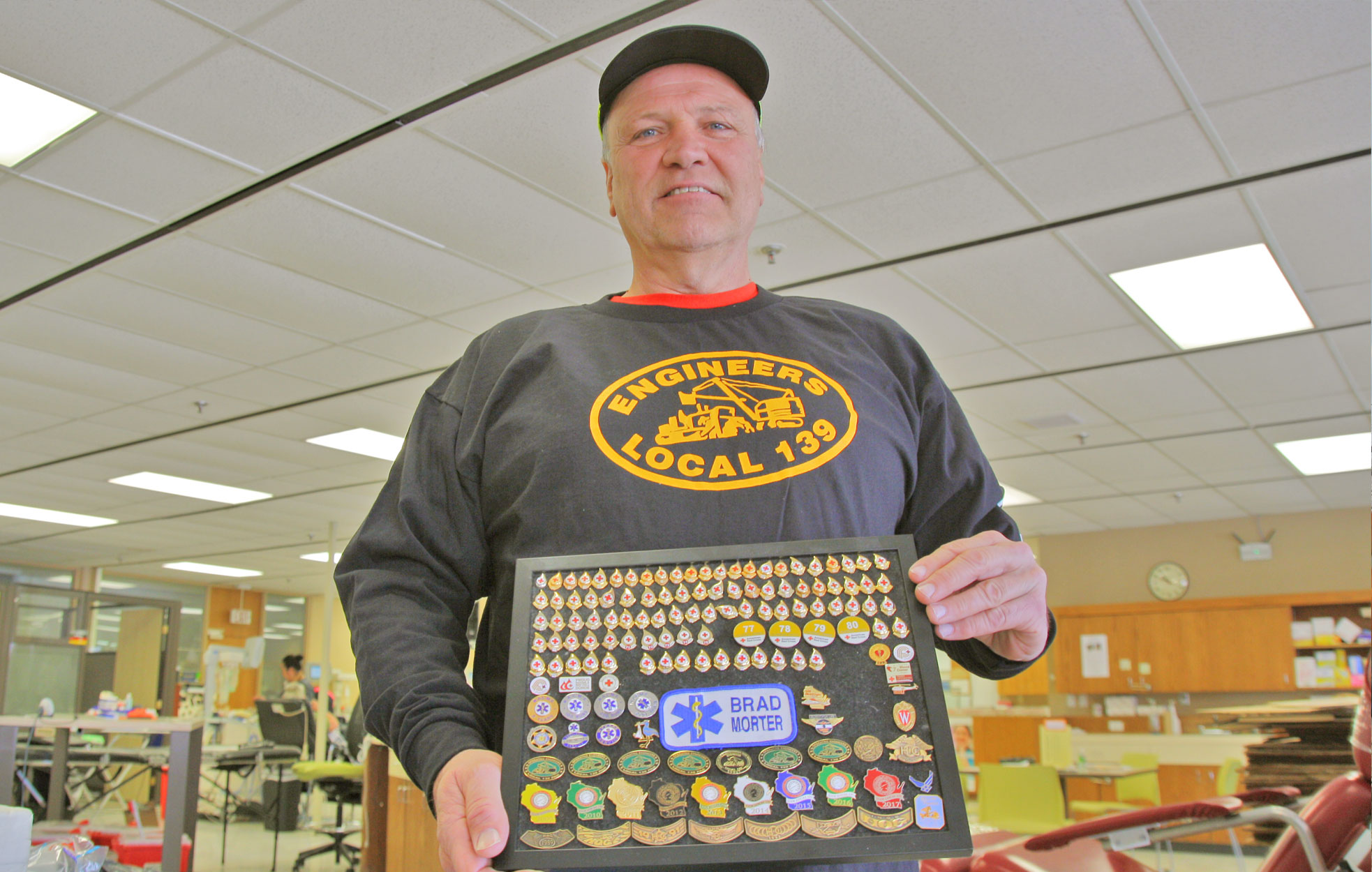 He achieved what the Red Cross describes as “elite status” of blood donors and said he plans to continue to regularly donate blood and platelets.

He said he decided to start giving blood through the Red Cross in 1979, when an older co-worker was diagnosed with cancer and required numerous blood transfusions.

“People don’t realize just how easy it is to give blood and help others,” said Morter. “It’s so sad when you see people going through cancer. So this is my way of helping them out.”

Not only is Morter, 60, a frequent blood donor with the Red Cross, he is an active volunteer for the organization. For nearly 20 years, Morter has volunteered at blood drives throughout the area and most recently was accepted as a volunteer transportation specialist for the Red Cross.

He has B-negative type blood and donates his platelets, the tiny cells in blood that form clots and stop bleeding.

“We are inspired by Brad’s actions to support the Red Cross and for helping to save lives,” said Sonja Juric, donor recruitment director for the American Red Cross Badger-Hawkeye Blood Services Region. “Blood and platelet donations are needed so patients can receive lifesaving treatments. The joy is ours in telling his story and encouraging others to give blood, volunteer and follow in his footsteps.”

The Red Cross has a critical need for platelets and type O-negative blood donors, said Laura McGuire, a Red Cross spokesperson based in Madison. Although platelets are needed for many reasons, cancer patients often rely on platelets during treatment, she said.

Platelets must be transfused within five days after donation – so there is a constant, often critical need for new and current donors to give blood to keep up with hospital demand for platelets. By giving platelets regularly, donors can help patients kick cancer and recover from other life-threatening illnesses and injuries, McGuire said.

But blood donors of all types are needed. Those with types O, A-negative and B-negative blood are encouraged to make a Power Red donation, as Morter has been doing, McGuire said. Power Red donors give a concentrated dose of red blood cells during a single donation, allowing them to maximize their impact.