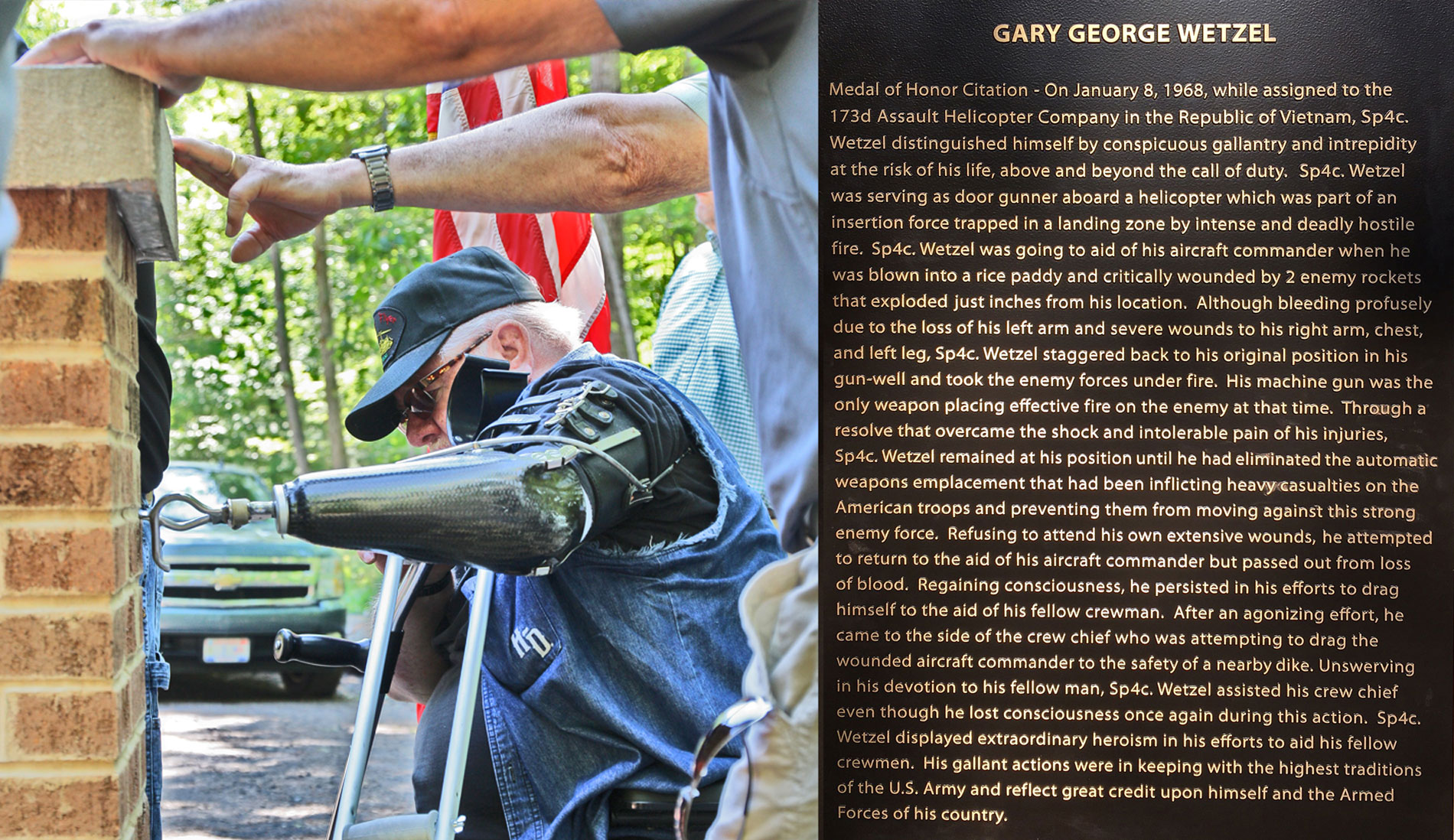 LAKE TOMAHAWK — On Jan. 8, 1968, Army Sp4c. Gary Wetzel had his left arm blown off on a Vietnam battlefield. His subsequent heroism earned him the Medal of Honor.

Far away in time and geography, on July 7, 2017, the retired Local 139 member served his country yet again. Using a wheelchair and crutches to maneuver and to stand, the 70-year-old helped dedicate a  “transition wall” that memorializes all veterans while inspiring service to country. The wall symbolizes the rocky road veterans typically follow as they exit the military and re-enter civilian life. It also marks the main entrance to the Gary G. Wetzel Way nature trail, built for disabled veterans in 2016, mainly by Local 139 apprentices who themselves were veterans.

The wall stands in a tranquil forest clearing near Camp American Legion, a place where Wisconsin veterans have been coming to rebuild their lives since 1925. It begins as a pile of strewn boulders, turns in a different direction and becomes a series of gabion baskets filled with smaller stones, changes to mismatched types of building materials, then turns into a uniform brick wall before angling off to a well-organized conclusion.

The wall is living monument that will evolve, said American Legion Post 139 Commander Mike Burt. Already, some veterans have inked the names of fallen commrades onto the stones in the baskets, although writing on the wall proper is not permitted.

“It’s going to be growing and growing,” Wetzel said. “It’s about life, not death. I’m proud as a peacock to be here. God bless America.”