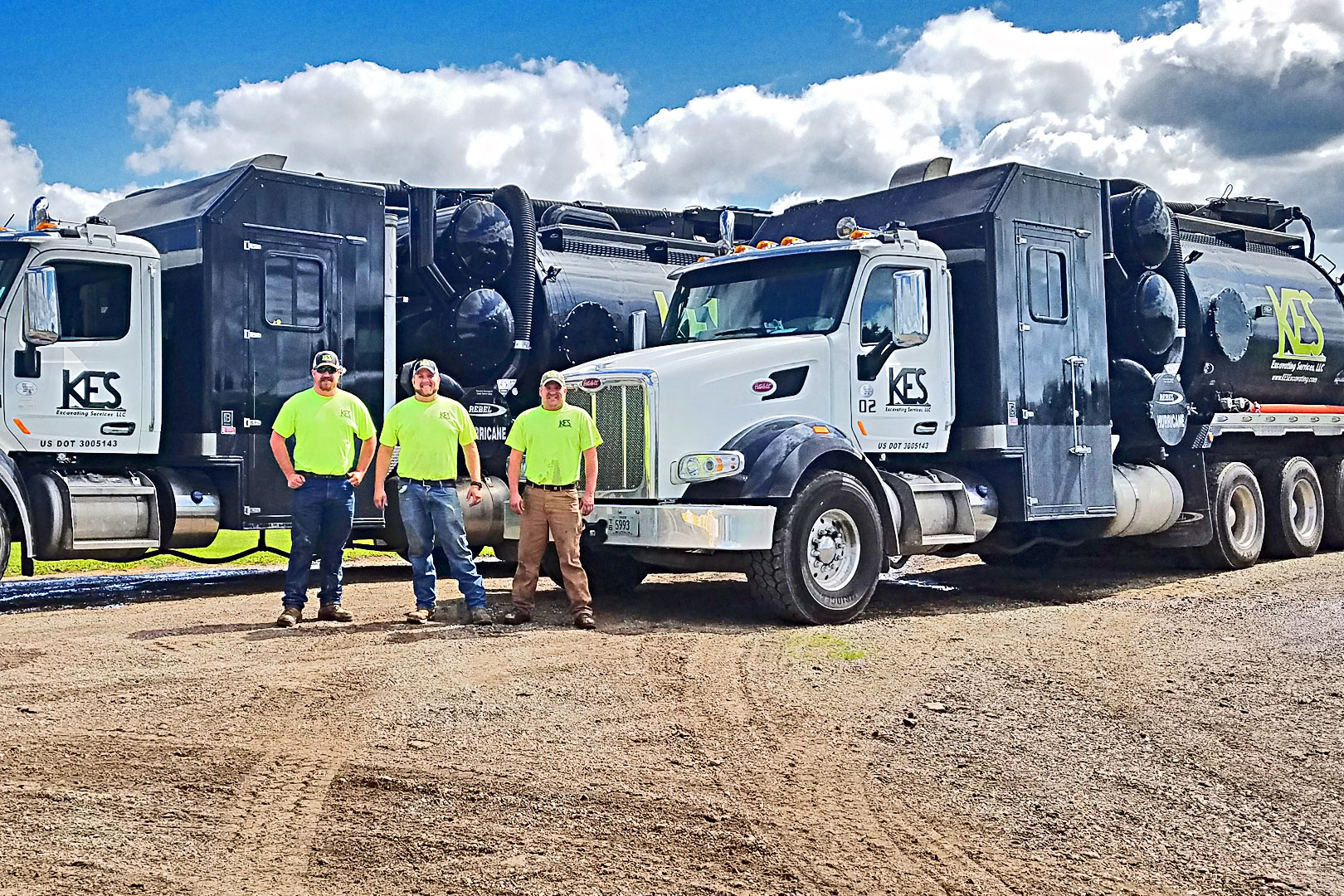 An army of two, these brothers serve as co-owners at KES Excavating Services LLC, specializing in hydro-excavating.

It’s a new company that was born from a conversation during one of their deer hunting trips. Hydro-excavating was something that they were both very familiar with, and their individual experience checked all the boxes for what was needed for a strong business partnership.

Eric, the younger of the two, is 33. His background came from years in the gas utility industry working directly with hydro-excavation. Kyle is 35 and his experience comes from years in the nuclear energy industry following his military service which started when he enlisted in the Wisconsin Army National Guard in 2000 following high school. He was deployed to Operation Iraqi Freedom in 2006, awarded a Bronze Star during deployment and honorably discharged in 2010.

Now they’re both members of the Local 139 family as owner/operators and employing a few of our operators. The KES team will pretty much travel anywhere. The majority of work performed by KES has been in the Midwest.

Kyle is also a member of American Legion Post 139 which was officially chartered earlier this year as a post for veterans that are also Local 139 operating engineers. He likes that the post provides a welcoming sense of family for members as well as outreach and information for veterans in the community. In his words, “It’s a good thing.”

They’re excited about their new venture and their message to young people considering a career in the trades is that you’re going to get out what you put in.  Work hard, learn as much as you can, and enjoy the camaraderie and friendships you make along the way. The trades can provide meaningful and fulfilling work, opportunities to see different parts of the country and maybe the world, and the opportunity to learn new skills that can be used throughout life.