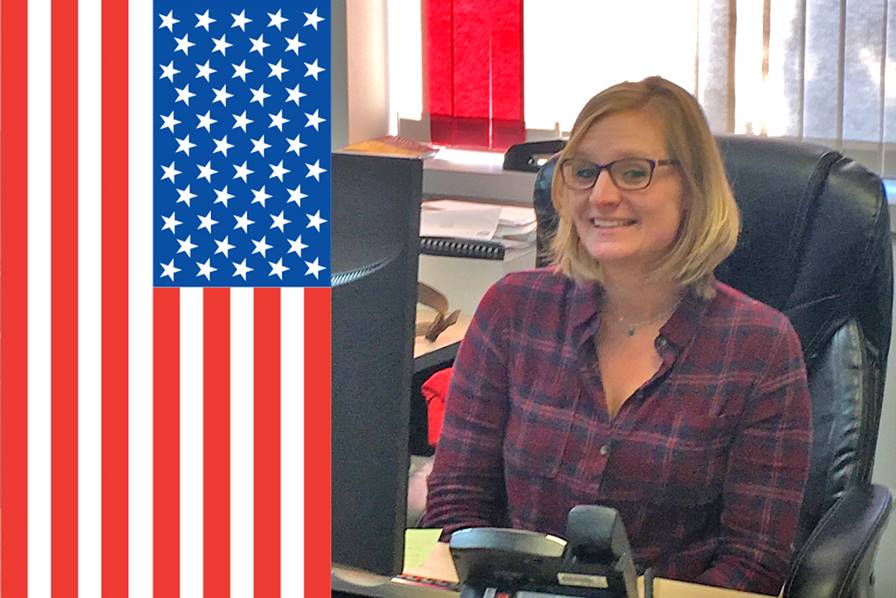 I can still remember the moment I knew that I wanted to enlist in the military.  I was 15, sitting in my high school computer class, when an announcement came through the PA system that no one was to access the internet until further notice.  Well, being the rebel I am, I logged right onto the internet and printed an article on how the World Trade Center buildings were each hit by an airplane.  It wasn’t difficult to figure out it was terrorism.  I was angry.  I knew right then that nothing would stop me from fighting for our country.

Fast forward a few years and I found myself in boot camp, then A-School and I thrived!  The pride I felt for what I had the privilege to be doing radiated off of me.  I trained to be an aviation machinist mate in the United States Navy and was lucky enough to continue my training at HS-10 in San Diego, CA.

Unfortunately, my mechanic days were short lived after I injured my back.  During my treatment and subsequent medical discharge process, I was moved into an office role, which turned out to be a blessing in disguise.  I had found my true niche, working on computers, creating things.  Spreadsheets, document templates, you name it.

It wasn’t until I began my career with the Operating Engineers Local 139 about 7 years ago that I began to slowly develop skills that have led me to where I am today.  Little by little, I began creating various things for my job, and people started to take notice.  My co-workers would ask me to make an invitation for them or a flyer.  Soon, I was asked to create art for some of our Union materials.  I learned (thanks to Google and YouTube) my way around Photoshop and other applications and began expanding my skillset. In 2016, I helped with the new Local 139 website and member portal. Our goal was to serve our members better with online tools and content that made information more accessible on their PC or mobile device. We continue to expand our communications with active and retired members.

About a year ago, I was approached by American Legion Post 139 Commander Mike Burt to help out with creating and maintain the Legion Post’s Facebook page and website.  I reveled in it.  The more confident I grew, the better my designs became.  In hopes of one day being able to join Post 139, Mike asked me to become a statewide legion member, which I eagerly accepted.  I continued assisting with as much as I could, and, to my surprise, I was able to transfer into Post 139 a few months ago.  In June, I was elected the Post Historian, a true honor for a new Legion Member.  And as if I was not humbled enough, I was recently appointed as the Vice Chairman to the American Legion Department of Wisconsin Communications Committee which has afforded me the opportunity to use my talents to help reach our veterans and our communities to involve them in the Legion’s mission!

Being a veteran who never saw combat, sometimes I feel that I didn’t have the opportunity to do “enough.” It is my hope that I can use my strengths and abilities in a way to help my fellow veterans who were “over there.” What I do now will never be able to bring anyone back, but I’m hoping that I might be able to have a positive effect even one veteran’s future.

My time working here at Local 139 has truly been an opportunity of a lifetime.  Not only does this job help me provide for myself and my two children and give us amazing benefit, but has also afforded me access to these incredible opportunities to reach out to other veterans.  I’m proud to be a United States Navy Veteran and I am proud to be Union.