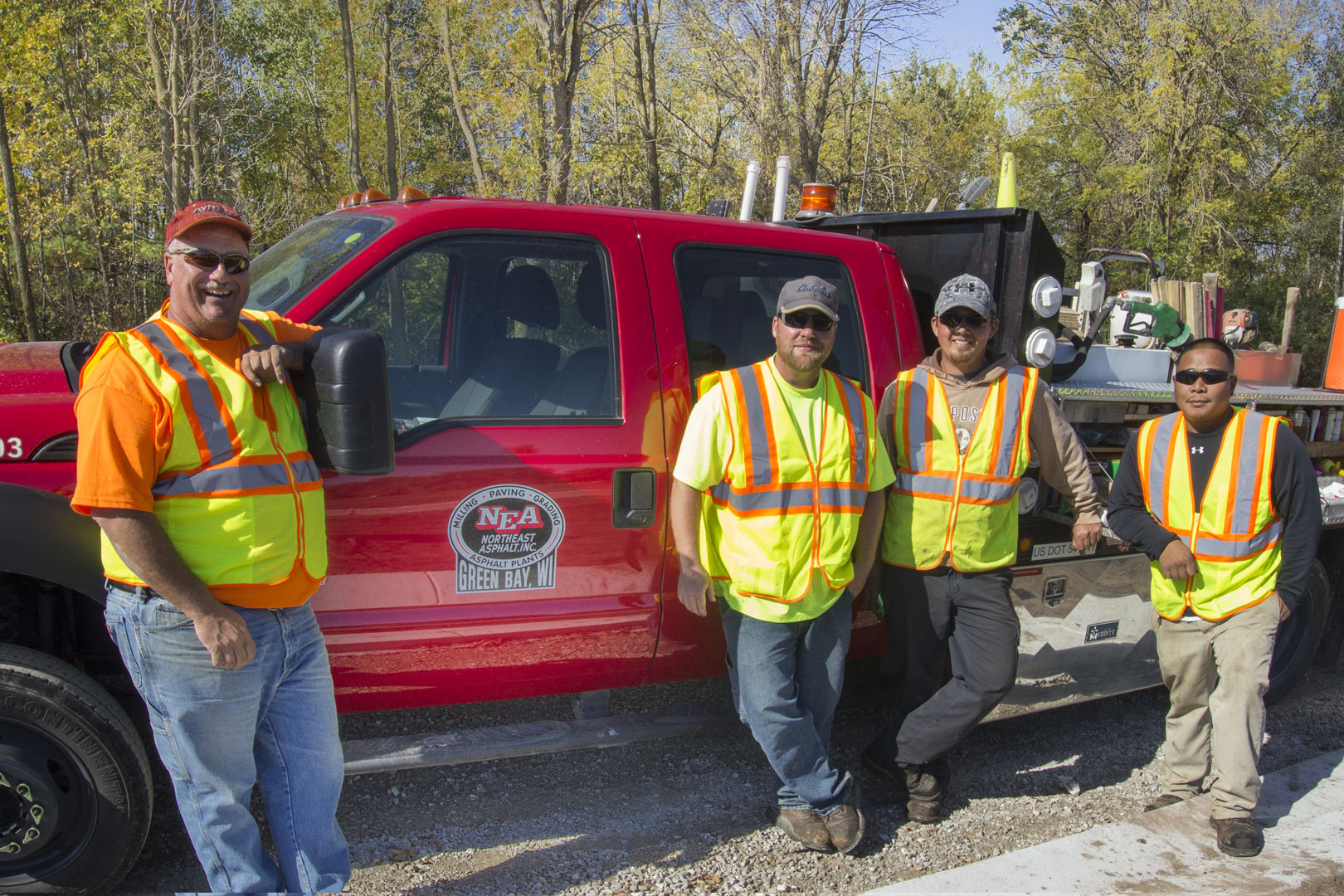 This humble batch of heroes from a Northeast Asphalt grading crew used the one skill set they hoped they never needed. CPR.

It happened earlier this year when they stopped for lunch and noticed a gentleman falling to the ground next to the road project they were working on in downtown Green Bay. Just moments before they saw the gentleman walking from their home with a young child.

They quickly approached the victim and asked him if was OK. At first he said he was fine, but he was not moving and his respiratory rate became less and less.

Following the CPR protocol Tim Johnson and Olee Soun rolled the victim on his side. Eric Andersen, the grading crew foreman, called 911.

There was one small problem. The fire station was only a couple blocks away but the squad cars and ambulance was at 225 North Van Buren instead of 225 South Van Buren. Eric, who was on the phone with the 911 dispatch, noticed the issue and directed the paramedics to the correct location.

Mitch calmly walked the young child back to the safety of her home, while Olee and Tim started chest compressions when they could no longer detect a pulse. It was an intense situation, but everything was being handled.

The paramedics arrived minutes later and were able to treat the victim at the scene. Recovery was successful and the victim returned home the following day after a short stay at the hospital.

Without trained individuals at the scene who knows what the outcome could have been.

None of the NEA crew had encountered anything like this before and they were all surprised at how easily they were able to remember and initiate their CPR training. It seems as though these situations are hard to imagine until they actually happen right in front of you.

The takeaway from this story is be ready for anything and don’t be afraid to help. You could save a life.