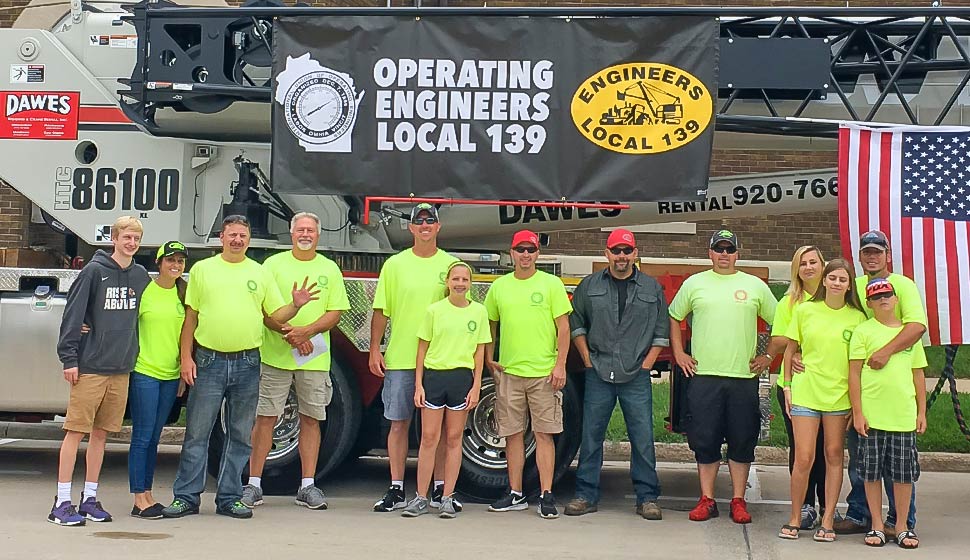 Labor Day 2019 will be celebrated on Monday, September 2 and that weekend in communities throughout Wisconsin.

Local 139 will be participating in the following Labor Day parades:

FOX VALLEY/NEENAH-MENASHA
starts at 10:00 a.m. Activities to follow at the Neenah Labor Temple

HILLSBORO
starts at 10:30 a.m. Volunteers should assemble at 9:30 a.m. at the Vernon County Highway Department shop.

MERRILL
starts at 10:00 a.m. Watch the Parade and head down to the Merrill Festival Grounds.

MILWAUKEE
starts at 11:00 a.m. Parade begins at Zeidler Union Square Park and ends at the Summerfest grounds. Picnic and music to follow.