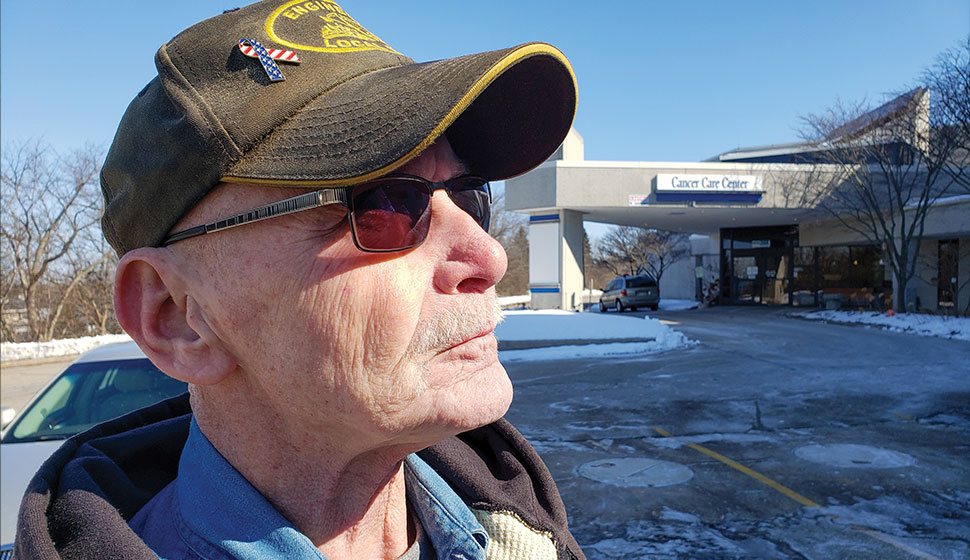 Jason Adams had taken the day off on July 18, 2019, for a doctor’s appointment. It had been a while since his last appointment, approximately 15 years. The reason why Jason scheduled it was because of Jason’s concern for inexplicably losing weight.

The answer would change his life forever.

After a series of tests, doctors told Jason he had stage-four prostate cancer. This news was devastating enough, but Jason learned that cancer had spread to his bones, lungs, and liver as well. Jason was told he had three to four years to live. As tragic as learning he had terminal cancer was for Jason, wondering if he might have been able to catch it years earlier and start treatment, was heartbreaking and mind-numbing.

If you are wondering why Jason wants to share this very personal story, he’ll tell you bluntly, “I was dumb about my health care and I don’t want others to make the same mistakes I made.”

“I ran my body pretty hard for many years, but generally felt fine, so I never went in for routine checkups or physicals,” said Jason. “If I had, who knows? Maybe I would have caught this disease earlier and not be facing stage-four cancer and the pains of chemotherapy.”

Ironically, Jason was scheduled to go in for a full physical at Health Dynamics two weeks after his diagnosis.

“I accept responsibility for not taking better care of myself and I hope others will read this story as a wake-up call to other operators,” said Jason.

Local 139’s Health Benefit Fund Administrative Manager Rita Becker is a big proponent of getting an annual physical with a family doctor (Anthem in-network doctor is covered at 90%; subject to deductible and coinsurance). Another option is to schedule a Health Dynamics annual checkup. This checkup includes an 84-point preventative health-screening which is covered 100% by the Health Fund’s benefits.

“The value of early detection and prevention cannot be overstated,” said Rita. “It’s amazing what we can prevent when we have the right information.”

Jason has been reluctant to share his story because he felt foolish, but he changed his mind after thinking about how his story might help other operators. He would like to emphasize the importance of the free health screenings available through the union’s health plan.

“Going to get a health screening could be the difference between life and death. I’ll never know for sure, but it’s a question that haunts me a little. Let me be a lesson for others, go get checked out!”

“I can’t emphasize enough how much help the union has provided me not only with health coverage but in emotional support from Rita and her team and others in union leadership. During times like these, that support means more than you can ever imagine.”

Jason is still feeling the effects of his chemotherapy treatments and, according to his recent full-body MRI, cancer has spread virtually everywhere.

“I’m fortunate in a way,” said Jason. “I’ve lived a full life, and now I can try to help others with my story.”

Visit the Health Fund’s website to view the benefits provided to you and providers in-network.