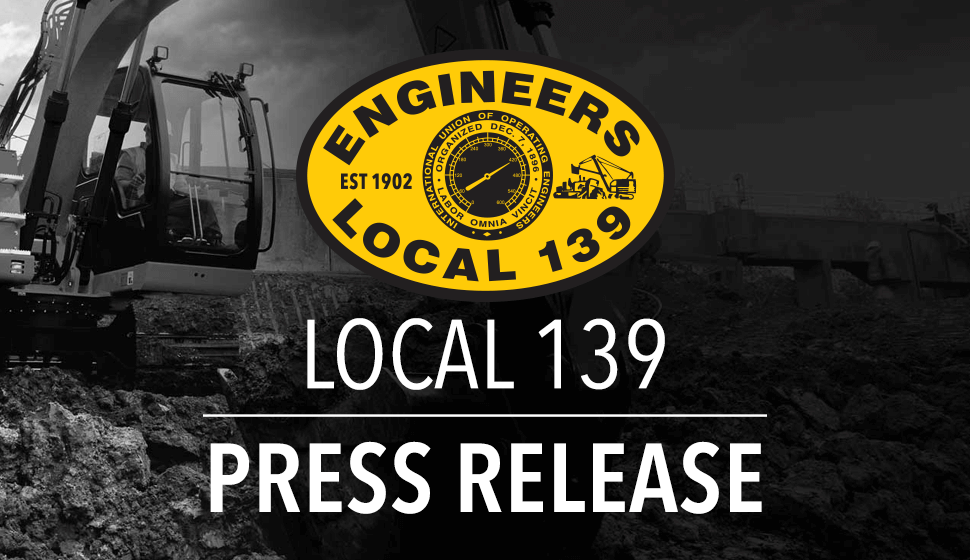 (MADISON, Wis) – Governor Tony Evers maintained his commitment to investing in Wisconsin’s transportation system with the introduction of his second state budget last night. Terry McGowan, President/Business Manager of the Wisconsin Operating Engineers said, “This budget proposal balances Wisconsin’s need for continued investment in our transportation infrastructure with an understanding that we must maintain a balanced approach toward funding that investment.”

“Fixing our roads, providing reliable and renewable energy and expanding access to high-speed internet while ensuring the workers building that infrastructure are properly compensated so that state taxpayers are not stuck with the bill should not be partisan issues,” added McGowan.

McGowan concluded, “We thank Governor Evers for his support of Wisconsin’s construction industry and we look forward to working with the legislature as they pass a budget that promotes initiatives and standards important to the over 10,000 members of the Operating Engineers that are proud to call Wisconsin home.”

Established in 1902, Operating Engineers Local 139 is a statewide trade union that primarily represents skilled Operators of heavy construction equipment and mechanics who service the machines. The union has over 10,000 members throughout the state and is headquartered in Pewaukee. Local 139 also maintains district offices in Madison, Appleton, and Altoona, as well as a state-certified training school for Operating Engineers in Coloma.